An invitation to DrupalCon Barcelona 2007. 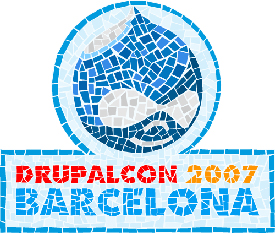 This post is long due but I'd like to invite everyone to join us at the next Drupal conference held in the beautiful Barcelona (Spain). It will be a 4-day conference from September 19-22, 2007. More information is available at the DrupalCon Barcelona website.

Being one of the main Drupal events, DrupalCon Barcelona will bring together hundreds of Drupal users and developers from all around the world. Whether you are a Drupal professional or an enthusiastic user coming to find out more, you're invited to join us in Barcelona.

Kudos to the Catalan Drupal user group and the Drupal Association for taking on the organizational work. It's great to see that others do a much better job organizing a Drupal conference than I ever did. For example, I don't think we ever managed to open registration three months before the conference when I was a (co-)organizer. Good job!

Dries Buytaert is an Open Source advocate and technology executive. More than 10,000 people are subscribed to his blog. Sign up to have new posts emailed to you or subscribe using RSS.